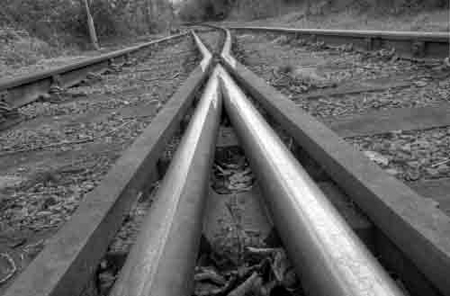 It is worth noting that in 1994 just before privatisation that the subsidy for British Rail came in at about £1.4 billion pounds per year, some sixteen years after the questionable and shambolic privatisation process was completed the subsidy comes in at well over £4 billion pounds. This farcical situation can no longer be justified and Plaid has correctly (once again) called for the Wales and Border franchise (which expires in 2018) to be run as not-for-dividend social model – where any accrued profits are effectively ring fenced and reinvested in the rail franchise.

Even the last Labour in Wales manifesto for the last National Assembly elections in May 2011 included this proposal, admittedly after Plaid Cymru's Ieuan Wyn Jones proposed when serving as Transport Minister in the last Assembly Government. Now apparently Labour in London have woken up to the idea, which if nothing else shows how far they have moved since the heady days of the late 1990’s when a then new Labour spokesperson was quoted as saying that New Labour would have privatised the railway’s when elected if they had not been previously privatised by then Conservative Prime Minister John Major.

Now a major new analysis which lays out a possible policy route to achieve a better railway has been published, by Transport for Quality of Life. The Rebuilding Rail report offers positive options, and recommends a radical but realistic approach by which a future Labour Westminster Government could begin to fix some of the operational problems, extra expenses and travel inconvenience that has been caused by and aggravated by the deliberate fragmentation and privatisation of Britain’s railway system.

For once it would be nice for Wales to take the lead, with a rail franchise run on a not for dividend basis, which could be a publicly owned company with representation from government, passengers, and railway workers. We, in Wales should put party differences aside and make this happen ending the situation where a private company runs the franchise under public contract, receives a public subsidy and where any profits vanish as dividends rather than being reinvested.
Posted by Jonathan T Clark at Friday, July 06, 2012