Boris Johnson the London Mayor has called for devolved taxation for London, a first step to borrowing powers no doubt. The Westminster Government, the Scottish Parliament and the Northern Ireland Assembly are able to borrow to invest funds in large infrastructure projects. Yet, we in Wales have no borrowing powers despite having law making powers, a situation that is both untenable and unjust in my opinion. The failure to include anything about borrowing powers in the pending Wales Bill, is a real  lost opportunity and perpetuates the constitutional status quo.

In the modern world, despite the banking crisis, whether we like it or not governments borrow, the real argument should not be over borrowing powers, rather about what infrastructure schemes that our government in Cardiff wants to invest in and whether they deliver value for money. A variety of  dubious expensive infrastructure projects have been touted from time to time as providing the justification for having borrowing powers including the exceptionally poor value for money and environmentally destructive M4 Relief road. 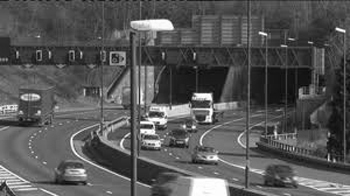 The hair brained M4 relief road across the Gwent levels would come in at around £1 billion pounds plus and would provide few realistic medium, let alone long term benefits, as it is a short term solution. Amongst the reasons why the option of the M4 relief road (South of Newport) was dropped relatively recently a few years ago; aside for the financial cost (around £1 billion pounds) and environmental impact was the key issue of the funding model. Ministers were advised that not only would the new relief road to be subjected to tolls, but so would the existing M4 would also be tolled.

Interestingly enough the only other toll road in the UK is the M6 in the Midlands which has seen toll prices increase by 175% since it was opened. Another reason why this option was dropped was because of evidence gained from the operation of the M6 toll road - which had never made any money because motorists can avoid it by using nearby non tolled motorways.  That M6 tolled Motorway has seen the number of users drop and it has done nothing to reduce congestion.

It is simply unacceptable for motorists to end up paying tolls on the Severn bridges, on the existing M4 any potential new relief road.  There are already significant complaints about the cost of the tolls on the Severn bridges and an additional burden on motorists and businesses can no way be justified.  A far more realistic financially viable longer term fix to the problem of the exiting M4 would be to upgrade the Southern Distributor Road – something that would offer a realistic more easily accessible alternative route in the event of any future M4 blocking accidents.

This solution would not only provide an alternative route to the M4 in the event of periodic accident related closures and congestion but would provide much better value for money coming in at around £300 million. If you are going to spend what is in effect public money then the bottom line is that you need to work it hard and maximise every benefit and every gain for the tax payers who will end up paying for it one way or another. With more powers come greater responsibilities  and with them both should come greater public accountability and transparency on the part of government when it comes to financial choices .
Posted by Jonathan T Clark at Tuesday, May 14, 2013