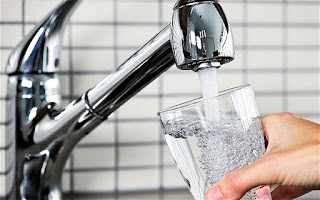 Thames Water, the UK's biggest water firm, has paid no corporation tax this financial year not to mention making £145 million pounds in pre-tax profit. The company said that it had delayed paying corporation tax due to investments in its infrastructure amounting to £1billion pounds a year between 2010 and 2015. They blamed the government as ‘the government's tax system allows us to delay, not avoid, payment of tax based on how much we invest." Last year Thames Water increased bills by 6.7% last year and its revenues rose 6% to £1.8 billion pounds.

Meanwhile Dwr Cymru Welsh Water put £338 million pounds into capital projects in the past year, some £76 million pounds more than in 2012. Dwr Cymru Welsh Water has three million customers, and has kept bills to the same level in real terms as in 2001. Research by Cardiff University claims the company is worth £1billion pounds a year to the Welsh economy. Its financial results come in a different form to companies with shares on the stock market. As the company is owned by the not-for-profit company Glas Cymru means that savings or efficiencies are ploughed back into Dwr Cymru or used to keep bills as low as possible.

Glas Cymru was founded 12 years ago, and works from the premise that having a public service company, which is a monopoly, being run on the basis of profit maximisation for shareholders does not work in the customers' interest. The Glas Cymru non-profit model of ownership could work elsewhere in other businesses and industries including rail franchises and energy developments.

Research published by Cardiff Business School said that Dwr Cymru contributes £1 billion pounds to the Welsh economy every year. Basically for  every £1 spent by the company, another 56p is generated for the rest of the Welsh economy. The research also noted that the water regulator Ofwat saying that between 2009/10 and 2014/15 Dwr Cymru customers face the lowest increase in average household bills of all water and sewerage companies in England and Wales.

On top of the £338 million pounds spent on infrastructure last year, the company is already committed to spending another £650 million pounds over the next two years, which could result in jobs for around 1,000 construction workers. The company has also reported that their financial reserves amount to £1.6 billion pounds, that's a tenfold increase compared with 2001 when Dwr Cymru was taken over by Glas Cymru. Dwr Cymru's borrowing or gearing has also come down. It now stands at 63% compared with 65% last year and 93% in 2001.
Posted by Jonathan T Clark at Wednesday, June 19, 2013