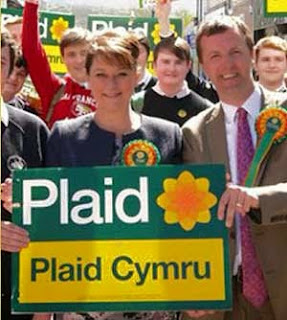 At the end of the day it may come down to offering hope over fear. Disillusioned voters who have been let down after lending their votes to the Liberal Democrats at the last election, should back Plaid Cymru this time in the knowledge that the Party of Wales will always do what’s in the best interests of their communities. Leanne Wood said that people are rightly angry by the way the Liberal Democrats have let them down and said that Plaid Cymru’s vision chimes with many of their values.
Leanne Wood, the Party of Wales leader said:
“I know that many placed their faith in parties that did not keep their promises. People are still, rightfully angry, by the events of five years ago.
“There will be in all likelihood a hung parliament again this week. And to those who were disappointed by the outcome five years ago, I ask you not to despair but to consider which party, which candidate you can trust to do right for your community, for Wales, and on the issues that matter to you.”
She said:
“We are committed to social justice, to ending austerity, to closing the gap between richest and poorest, keeping public services in public hands, committed to free education for all.
“And to ending the Bedroom Tax introduced by the Tory-Lib Dem government.
“Plaid Cymru takes our obligations to the environment seriously.”
She concluded:
“We are an internationalist party, believing global cooperation can benefit all.
“That’s why we’ll fight hard to keep Wales in the European Union and why we want to see our country a promoter of conflict resolution and peace.
“And Plaid Cymru MPs will be the only ones from Wales who will never, ever support a new generation of nuclear weapons of mass destruction.
“The Party of Wales is part of a progressive alliance that has challenged the very foundations of the Westminster system.”
Posted by Jonathan T Clark at Monday, May 04, 2015