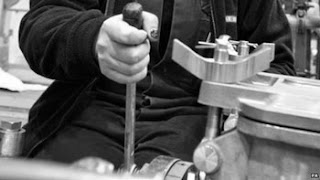 Rather than promising nothing and delivering even less – as per the current trend for Westminster governments and Labour administrations in the Bay – politics at a very basic level should be about making deliverable public commitments. This is why Plaid is right to commit to a landmark investment in 50,000 new apprenticeships for young people in Wales over the next five years. These 50,000 extra apprenticeships can be funded with Wales’ share of the UK apprenticeships levy, which is worth £150m each year. A Plaid government will be committed to ensuring that no young person in Wales is not in education, employment and training while between the age of 16 and 24, and in order to improve prospects for the next generation. At the moment 12,200 young people between 16-18 years old in Wales – one in every 10 - are not in education, employment or training, which most people will agree is far too many. Apprenticeships can offer an equally valuable route into employment as university degrees, and is committed to securing parity of esteem between these two paths in future.