A GREEN BELT FOR WALES? 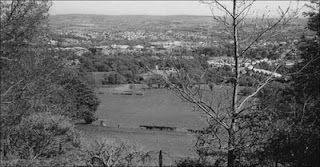 There is a need for a Welsh equivalent to Green belt, to fringe our urban areas, to help focus out of town and fringe of town developments, not to mention helping to protect green spaces in and around some of our urban areas. It's worth noting that 'Green belt' is a useful planning tool, which was introduced for London in 1938 but then ended up being rolled out to England as a whole by a government circular in 1955 but not to Wales.

The original idea was that the opportunity to develop green belt which would allow local councils to designate green belts when they wanted to restrict urban growth.  The idea worked and worked well, as by 2007, Green belt covered something like 13% of England (around one-and-a-half million hectares) which despite the best efforts of previous Conservative and New Labour Governments it is still relatively well protected both by normal planning controls and against "inappropriate development" within its boundaries.

Wales only has one patch notional green belt, and that lies between Cardiff and Newport, Scotland has seven and Northern Ireland has 30 - each has its own policy guidance.  The preservation of green spaces aside, it comes down to planning permission, which can be a touchy subject, especially when a development (whether for commercial, housing or energy development) is controversial or the final decision is made against the wishes of local people by a fairly distant and indifferent authority.

It's pretty obvious that we lack a coherent national strategic development plan for Wales judging by the half-baked way local unitary development plans have been put together over the years. A number of which are focussed on housing developments, which have done (and will do) some pretty serious damage to our environment in the process.

In the south east, along the coastal belt and in and around Torfaen (not to mention in and around Cardiff) the last twenty five years has seen a significant if not spectacular growth in the amount of housing, a significant percentage of which has never aimed to fulfil local housing needs. As a result the infrastructure along the coastal belt between Chepstow, Caldicot, Rogiet and Magor is struggling to cope with existing developments and this is well before the projected expansion of housing on and around the former Llanwern site kicks in.

The north of Newport has now effectively been linked to the south Cwmbran - something that has brought little material benefit to the residents of either urban area but has contributed much to traffic congestion. Similarly linkng Cwmbran with Sebastopol will bring little benefit to local residents. Even if eventually housing is built on the land just exactly how much of it will be affordable to local residents?

Now the National Assembly should know better and act accordingly, the institution is supposed to have sustainability enshrined in its actions, but, at times you really have to wonder, especially when it comes to the impact of some of the proposed developments on our communities. We need to protect the green wedges around and within our urban communities – because once developed they are gone for good.

The problem caused by a lack of protection to our Green wedges, etc is aggravated by the fact that what one generation of elected officials (and council officers) envisages as a green wedge, green lane, etc is often seen by later generations of elected officials (and council officers) as either prime land for development or a nice little earner to help balance out the books - this means that there is a lack of stability and a long term vision for many of our urban areas. 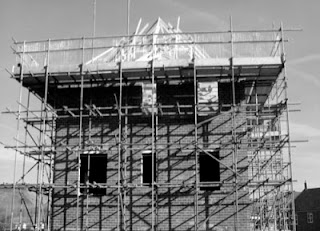 If the National Assembly took the long view and created Welsh Green belt land with legal and planning protections then, we might go some way to calming things down when it comes to development planning and also manage to introduce a more long term sustainable democratic element into the process. This is something that could be accomplished by creating Welsh Green belt land, as part of the process we also need an urgent and open debate into the planning process in Wales - something that has been long overdue.

The Westminster government (in England) refrain over the next few years will be about getting planning officers "off people's backs" with a relaxation of current rules. When they talk about ‘people’ they actually mean developers. In true Spiv fashion ‘for a limited period, people are able able to build larger extensions on houses (up to eight metres for detached homes and six for others). Shops and offices will also be able grow to the edges of their premises as Plan A (harsh Public Sector Cuts) unravels and a note of desperation creeps in Westminster ministers seek to boost the economy.

These sounds good; it seems very reasonable save for the fact that somewhere amongst the smoke and mirrors the plan will reduce developer’s obligations to build proportional amounts of affordable housing and avoiding flood risk will go out the window. Not that long ago, a matter of a few months, the previous Westminster government rewrote the entire planning framework (for England) despite some fierce resistance from countryside campaigners. Now Westminster ministers want further changes to planning rules (in England) in an attempt to boost house building and revive the economy.

Not wanting to be left out, the Labour in Wales Government in Cardiff has also pursued major changes to planning rules in Wales aiming to ‘tilt the balance in favour of economic growth over the environment and social factors’. This decision may be aimed quite specifically at overturning those few occasions of late when our Local Authorities have rejected some developments (often at the behest of local residents) rather than putting economic needs ahead of economic and environmental benefits and will do little for sustainable, flood free development to deal with local housing needs let alone preserve our green spaces.
Posted by Jonathan T Clark at Sunday, January 10, 2016