BETTER BUT NOT GOOD ENOUGH 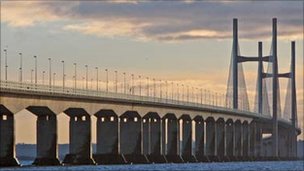 In government, Plaid would work to achieve this aim, beginning with a reduction to a fee that would cover maintenance costs only. The Party of Wales is committed to removing all obstacles, which are holding back the Welsh economy. The Severn bridges are of strategic importance and it is vital that they operate in a manner, which helps rather than hinders Wales's economic development. 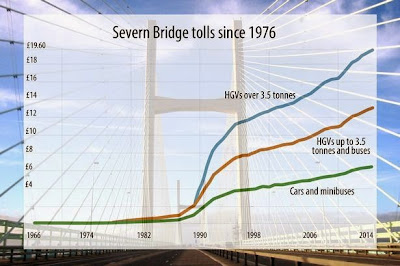 I remain seriously concerned that the Department for Transport may find even the reduced tolls far too useful as a source of income to simply to either eliminate or to hand over to the control of the National Assembly in Cardiff. Based of the fact that relatively recent Labour Governments in Westminster with significant majorities and various shades of Conservative `(and Liberal Democrat) Governments between 1997 and 2015 did practically nothing to relieve the burden of the bridge tolls.


One thing remains clear, the fact that successive Westminster governments have failed to act in a timely manner when Wales or Welsh interests have been raised in the past. The future reduction in tolls is nice but it is frankly not good enough. At present the long-term future of the tolls still remains unclear – save for the fact that as far as we know Westminster has no plan to remove them.
Posted by Jonathan T Clark at Wednesday, March 16, 2016