YES FOR WALES (IN NEWPORT) 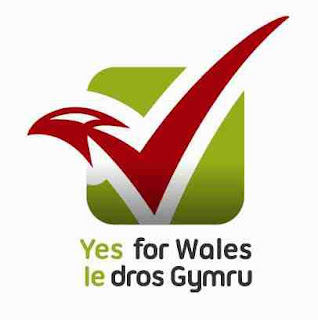 An interesting well attended 'Yes for Wales' launch meeting in Newport last night, to kick-off the campaign for a 'Yes' vote in Newport was held in the YMCA Conference Centre in Pill (Pillgwenlly) Newport West.

Simultaneous meetings were held in Aberdare, Bangor, and Wrexham, with Swansea launching next week. I think that the next 54 days are going to be interesting as well as exhausting.
Posted by Jonathan T Clark at Thursday, January 06, 2011