At a meeting last night, in Torfaen, the ruling Labour group (naturally bereft of any fresh ideas), voted to include the land between Sebastopol and Cwmbran in the new Torfaen Unitary Development Plan (UDP). The area has now been earmarked for Housing development, in the new Local Development Plan (LDP), the new UDP itself will run until 2021.

Back in February 2012, Torfaen councillors removed the land from the Local Deposit Plan and reduced the number of proposed new houses in Torfaen to 600. A National Assembly planning inspector objected and the site has now been reinstated to the LDP and earmarked for housing. One big unanswered question related to house building in Wales is who exactly are they being built for? 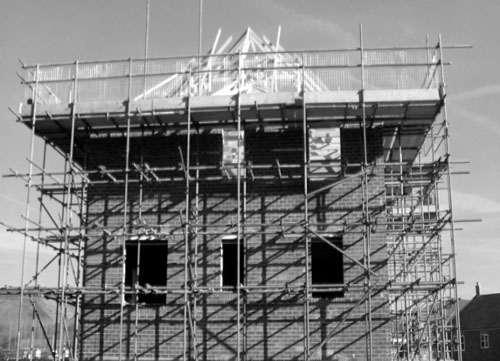 Across the south east, particularly along the coastal belt around Newport and in and around Torfaen, over the last twenty years has seen a spectacular growth in the amount of housing, a significant percentage of which has never been aimed at fulfilling local housing needs. The infrastructure along the coastal belt between Chepstow, Caldicot, Rogiet and Magor is struggling to cope with existing developments and this is well before the projected expansion of housing on and around the former Llanwern site.

The north of Newport has now effectively been linked to the south Cwmbran - something that has brought little material benefit to either urban area. Similarly lining Cwmbran with Sebastopol will bring little benefit to local residents. Even if eventually housing is built on the land just exactly how much of it will be affordable to local residents?

We need to take the long view and to create Welsh Green belt land with the legal and planning protections then, we might go some way to calming things down when it comes to development planning. This would also enable us to introduce a longer term element into the process by which our elected officials (and council officers) plan and view development and redevelopment within and around our urban and not so urban communities.

This is something that could be accomplished by creating Welsh Green belt land, as part of the process we also need an urgent and open debate into the planning process in Wales - something that has been long overdue. It is worth noting that Wales only has one notional green belt, and that lies between Cardiff and Newport, Scotland has seven and Northern Ireland has 30 - each of which has its own policy guidance. It is important to note that once the Green belt or Green wedge is gone it is gone for good.

The Westminster government (in England) aims to get planning officers "off people's backs" with a relaxation of current rules. In true Spiv fashion ‘for a limited period, people will be able to build larger extensions on houses (up to eight metres for detached homes and six for others). Shops and offices will also be able grow to the edges of their premises as Plan A (harsh Public Sector Cuts) fails and a note of desperation creeps in Westminster ministers seek to boost the economy.

These sounds good; it seems reasonable, save for the fact that somewhere amongst the smoke and mirrors the plan to reduce developer’s obligations to build proportional amounts of affordable housing. Not that long ago, a matter of a few months, the Westminster government rewrote the entire planning framework (for England) despite some fierce resistance from countryside campaigners. Now Westminster ministers want further changes to planning rules (in England) in an attempt to boost house-building and revive the economy.

Not wanting to be left out, the Labour in Wales Government in Cardiff is also considering major changes to planning rules in Wales aiming to ‘tilt the balance in favour of economic growth over the environment and social factors’. This decision may be aimed quite specifically at overturning those few occasions of late when our Local Authorities have rejected some developments (often at the behest of local residents) rather than putting economic needs ahead of economic and environmental benefits.

This is bad news for those residents of Torfaen, who have been fighting the plan and the good citizens of Abergavenny who have been fighting to retain the livestock market. Not to mention the concerned residents of Carmarthen who are worried about the impact of over large housing developments or the concerned residents of Holyhead who are opposed to new marina development. In Wales we have over the years been ill-served by the planning system, by our local authorities and by our own Government in Cardiff...
Posted by Jonathan T Clark at Wednesday, October 24, 2012