BACK TO THE FUTURE

The Party of Wales leader Leanne Wood has pleaded for rail services to be returned from the private sector to the ownership of the people of Wales.

Speaking during a Plaid Cymru debate on rail in the Senedd on Wednesday, Leanne Wood argued that the Wales and Borders franchise should be transferred into the hands of a not-for-dividend company, once the current franchise ends in 2018.

Leanne Wood also wants to see the powers and budget for railway infrastructure to be devolved to Wales, as happens in Scotland. 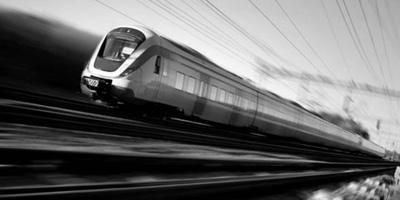 The Plaid leader stressed that The Party of Wales had consistently opposed the privatisation of the railway network.

“We believe that major infrastructure should operate for the wider benefit of our economy and our communities, and that money which could be spent on improving these services should not be diverted into the pockets of shareholders taking minimal investment risks.

“A not-for-dividend model could be a publicly owned company, or it could be a co-op, or an independent company limited by guarantee, along the lines of Network Rail or Glas Cymru.

“Our most important aim is that the Welsh Government ensures that a model based on reinvestment of profit is what finally happens.”

Leanne Wood said that the Welsh Government should have full control of the Wales and Borders franchise and not have to rely on the agreement of the UK Government, although it would be fully consulted.

The Plaid Cymru leader highlighted the case for the powers and budget for railway infrastructure to be devolved to Wales.

“While welcoming recent infrastructure developments such as the electrification announcements from London to Swansea and the Valleys Lines, this does not make up for the fact that such developments were taking place around most of England and even from London to Glasgow up to 40 years ago.

“Wales has been left behind on the platform – at the whim of successive UK government,” Leanne Wood added.

“Self-government gives us a chance to break new ground and reject the failures of privatisation and fragmentation.

“Devolution, if grasped to its full extent, will allow us to put our rail services in the hands of the people of Wales, where they belong” declared the Plaid leader.
Posted by Jonathan T Clark at Thursday, October 18, 2012