It started as a story in the Gruinad (The Guardian 13.11.2012) stating that the City watchdog, the Financial Services Authority, is now investigating claims by a whistleblower that the UK’s £300 billion wholesale gas market has been "regularly" manipulated by some of the big 6 power companies. The Guardian also notes that Ofgem (the energy regulator)  has been separately warned by a company responsible for setting so-called benchmark prices, ICIS Heren, that it had seen evidence of suspect trading on 28th September (this is end of the gas financial year) and gas prices on this date can have an important influence on future prices.

The claims suggest that dealers made unrealistic bids (on the 28th September) when information was being gathered to set the wholesale gas price, basically to suit their own trading position (maximise profits). The alleged manipulation is said to have reduced the wholesale price, and as such does not imply any knock-on impact on the retail price paid by customers. Later today the Con Dem Energy Secretary Ed Davey will make a statement to the House of Commons later as regulators investigate claims that wholesale gas prices have been manipulated. 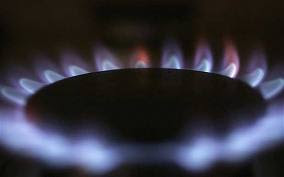 The whistleblower, who worked for ICIS Heren, flagged up their concerns after identifying possible attempts to distort the prices reported by the company. These prices are especially important because many wholesale gas contracts are based on them and even small changes in the gas price can cost or save companies millions. These revelations come at an unfortunate time for UK’s energy sector, with many of the big six suppliers (the cartel) under fire for alleged profiteering on household energy bills and mis-selling on the doorstep. So far four of the UK's big six energy suppliers have released statements denying any involvement.

When it comes to regulation of the energy market the silence from the Con Dem Government has almost deafening. In the heady days of opposition, back in October 2009 the then Tory Energy Spokesman, Greg Clark (now Financial Secretary to the Treasury) stated that the "cartel" of the big 6 energy firms would be referred to the Competition Commission by a Conservative Government. He also  condemned the unacceptable lag between the cost of wholesale gas prices and household energy bills and noted that customers were on average being charged some £74 pound too much for their energy per year.

An 'independent' investigation into the Energy Company’s refusal to pass on reductions in wholesale energy prices to customers would still be welcomed by many hard pressed energy customers. As would the promised 'Energy Revolution' which was supposed to overhaul the energy sector billing structure and charges.

In many ways it is somewhat ironic that we find ourselves here, as a Conservative Government started the whole sorry mess in the first place, by privatising the energy market in the first place. This threw any rational energy pricing structure upon the whims of the 'market' by allowing the newly privatised energy companies to price gouge customers in the first place and since the effective demise of any real competition in the ‘market place’ we have all been regularly fleeced.

As for any inquiry into irregularities in the energy market, it is worth noting that once in Government that was consigned quietly to the too difficult pile. The pre-election pledge for an independent inquiry into the £25 billion-a-year energy industry (which has been subject to lengthy and repeated criticisms surrounding accusations of profiteering on electricity and gas) was quietly dropped by the Com Dem Coalition Government. So I won’t hold my breath.
Posted by Jonathan T Clark at Tuesday, November 13, 2012