AN ALTERNATIVE TO AUSTERITY 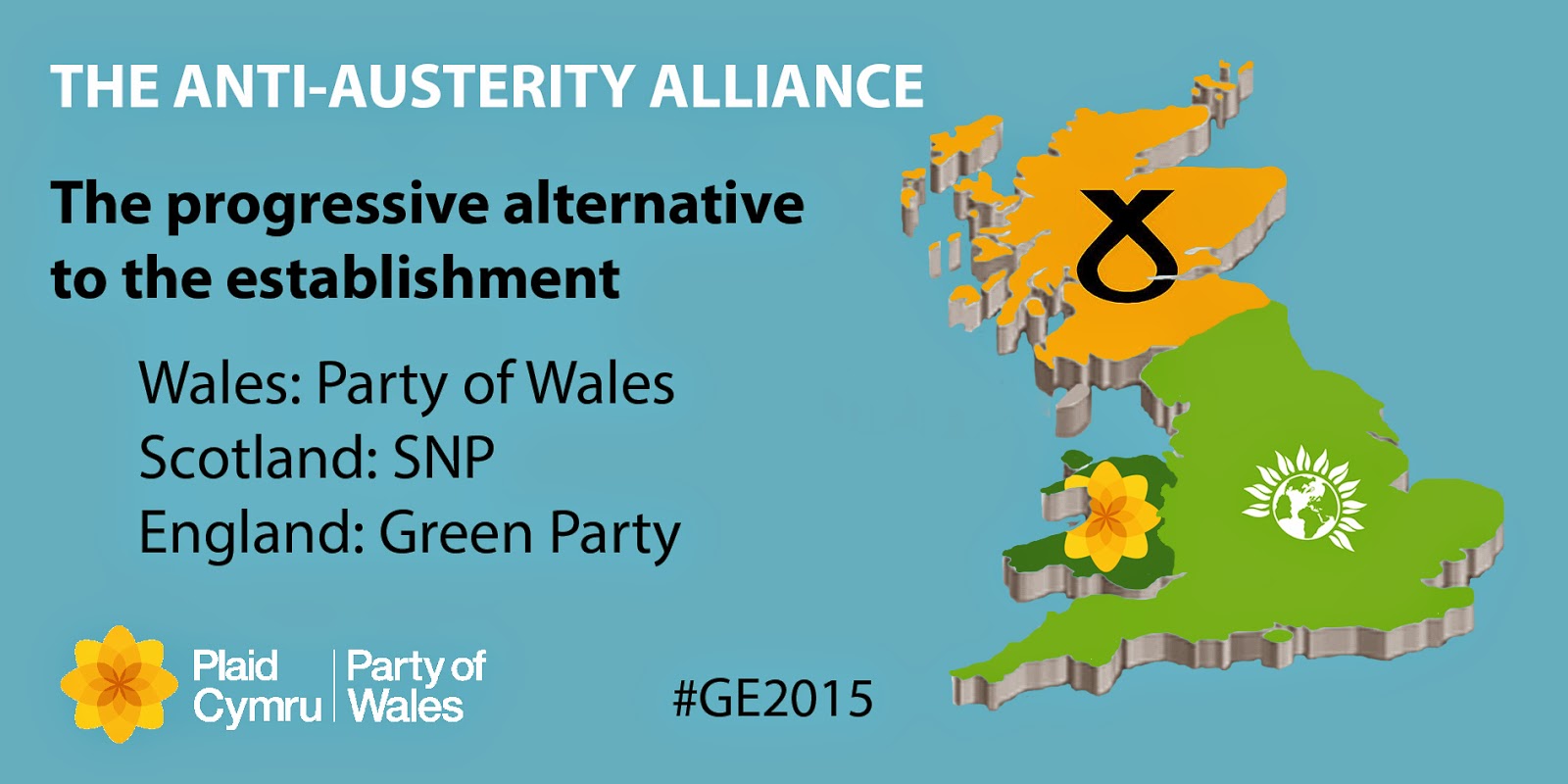 On May 7th 2015 there is a readily available alternative other than more of the same. In Wales the alternative to austerity is Plaid Cymru, in England it's the Greens, and in Scotland the SNP. All three parties can deliver a meaningful alternative agenda to austerity. Plaid Cymru, the SNP and the Greens are separate, distinct parties with their own objectives and policies.  All three parties do, however, co-operate as a single Group in the House of Commons.

Plaid Cymru and the Greens also have a strong and effective relationship in Brussels, with both parties working together in the Greens/European Free Alliance group. On key issues such as austerity, Trident, and moving political power away from Westminster, the three parties share a common approach; and on environmental issues there is much common ground. In the forthcoming election, the three parties offer an alternative agenda to the stale, failed policies of the Tories, Labour and Lib Dem alike.