STILL WAITING FOR CARWYN AND GEORGE

The Labour in Wales run Welsh Government has now promised an update on its stance on the M4 Relief Road by mid-July – so much for the previous promise f a decision by the end of last year or early this year. None of this brings the slightest crumb of comfort, peace of mind or clarity to the residents of Brynglas (in Shaftesbury ward in Newport) whose homes may yet still be threatened by a new tunnel. 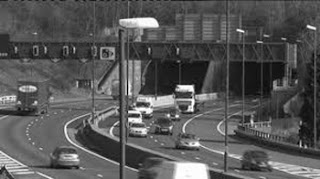 They have been left in the lurch as they are now going to have to wait until mid July before they hear about the fate of their homes. Until the Welsh Government announces its conclusions from what was a significantly flawed consultation exercise on the M4 which looked at a number of options, including improving the existing M4, a variety of upgrades to the Southern Distributor Road (SDR), the construction of a new tunnel and a new M4 relief road across the Gwent levels south of Newport – people continue to live in limbo.

We are still well short of the white smoke from either Westminster or Cardiff Bay as no agreement between the Con Dem Government and Welsh Government on how any relief road (George Osborne’s’ favoured option) would be funded has been reached. What has been quietly overlooked in relation to the on-going problems with the M4 and some of the larger options for dealing with the traffic congestion on the existing M4 is the problem of the funding model.

Amongst the reasons why the option of the M4 relief road (South of Newport) was dropped a few years ago; aside for the financial cost (around £1 billion pounds) and environmental impact was the key issue of the funding model. Ministers were advised that not only would the new relief road to be subjected to tolls, but the existing M4 would also be tolled.  Interestingly enough the only other toll road in the UK is the M6 in the Midlands which has seen toll prices increase by 175% since it was opened.

Another one of the reasons why this option was dropped was because of evidence gained from the operation of the M6 toll road - which had never made any money because motorists can avoid it by using nearby non tolled motorways.  That tolled Motorway has seen the number of users drop and it has done nothing to reduce congestion. 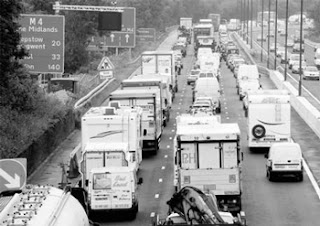 It is simply unacceptable for motorists to end up paying tolls on the Severn bridges, on the existing M4 any potential new relief road.  There are already significant complaints about the cost of the tolls on the Severn bridges and an additional burden on motorists and businesses can no way be justified. This is why Plaid Ministers in the then One Wales Government took  officials’ advice not to proceed go ahead with the relief road but opted to work to ease congestion around Newport by using the southern distribution road (SDR) as an alternative route.

What, in the seriously flawed consultation process, was Option C which would involve the grade separation of some junctions and partial or full closure of other junctions on the Newport A48 Southern Distributor Road was the most sensible option if combined with improvements to the existing M4.  This option would not only provide an alternative route to the M4 in the event of periodic accident related closures and congestion but would provide much better value for money coming in at around £300m. Incidentally the option D which included a new tunnel and widening of the M4 was priced at around £500 million.

At the moment the Labour in Wales Government and the Con Dem Westminster Government appear to be in favour of the most expensive (financially and environmentally) option – their only quarrel appears to be how it will be funded and whether or not it will be tolled. My own personal theory is that one of the reasons why Government at various levels favour the more expensive options may have something to do with the ongoing (and pretty profitable) if questionable relationship between Government and the Construction industry.
Posted by Jonathan T Clark at Wednesday, April 24, 2013