THE ISLE OF THE BLESSED TAX EVADERS

Luxembourg has agreed to reduce the secrecy surrounding its banks, saying that it will implement rules on the automatic exchange of bank account information with its European Union partners from 2015. The country with a population of only 500,000 people, has banks and other financial institutions with assets worth more than 20 times the country's economic output. The Prime Minister of Luxembourg, Jean-Claude Juncker, plans to introduce the reforms in two years, in line with the EU Savings Directive. The rules of the Directive aim  to create greater transparency and minimise tax evasion. 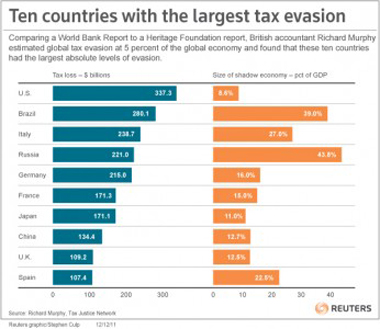 Since the financial crash Calls for a crackdown on bank secrecy have been increasing, as governments are increasingly desperate to raise more taxes to support their finances. Luxembourg will now move to strengthen co-operation with foreign tax authorities. Germany signed a tax evasion treaty with Switzerland - another European banking centre known for its secrecy – earlier in the month. The treaty aims to give the German tax authorities the ability to claw back taxes from their citizens who may be hiding money in Swiss banks. Austria, the only EU hold out against banking transparency, has attacked the UK as an “island of the blessed for tax evasion and money laundering".

Austria’s finance minister, Maria Fekter, has been under intense pressure to put an end to Austria's long-held tradition of allowing foreigners to bank secretly. She has attempted to deflect attention towards the UK. Fekter, a member of Austria's governing coalition, says the European Union cannot force Austria to reform its controversial banking secrecy laws without also forcing the UK to crack down on tax havens in its jurisdiction. Across the pond, the US Government is trying to crack down on its citizens hiding money offshore and is due to start talks with Austria soon. These recent developments leave David Cameron and George Osborne, staunch defenders of the City of London and Crown Dependency Tax Havens, which coincidently happen to be centres of worldwide money laundering operations.
Posted by Jonathan T Clark at Tuesday, April 16, 2013